Karlos Ramon Marquez, “BUMPS,” was raised in the Pico-Union area of Los Angeles. Karlos has been contributing to the local LA art scene since 1984 when he created his first graffiti art pieces with friends under the name “Kartoon”. In 1985, he joined K2S (Kill 2 Succeed) graffiti crew as one of the original members. He continued to develop his style by studying art at Los Angeles City College and Associates of Art in Sherman Oaks. Due to his keen eye for detail and his polished technique, he’s collaborated with some of the most prolific Graffiti artists in the world including Joe “Prime” Reza and Kris Cunz. His art has evolved and encompasses a broad range of mixed media pieces including large canvas works and fabric, furniture and metal pieces for CISCO Home. 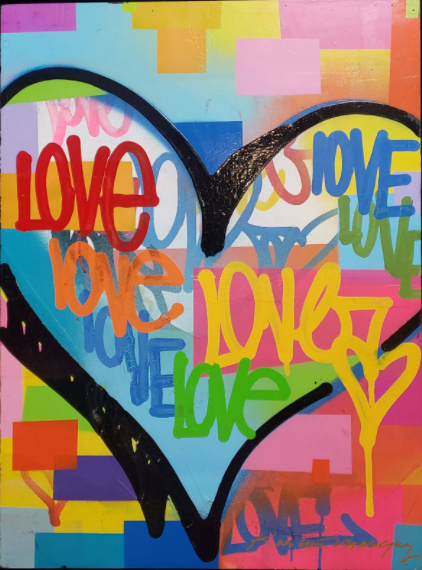